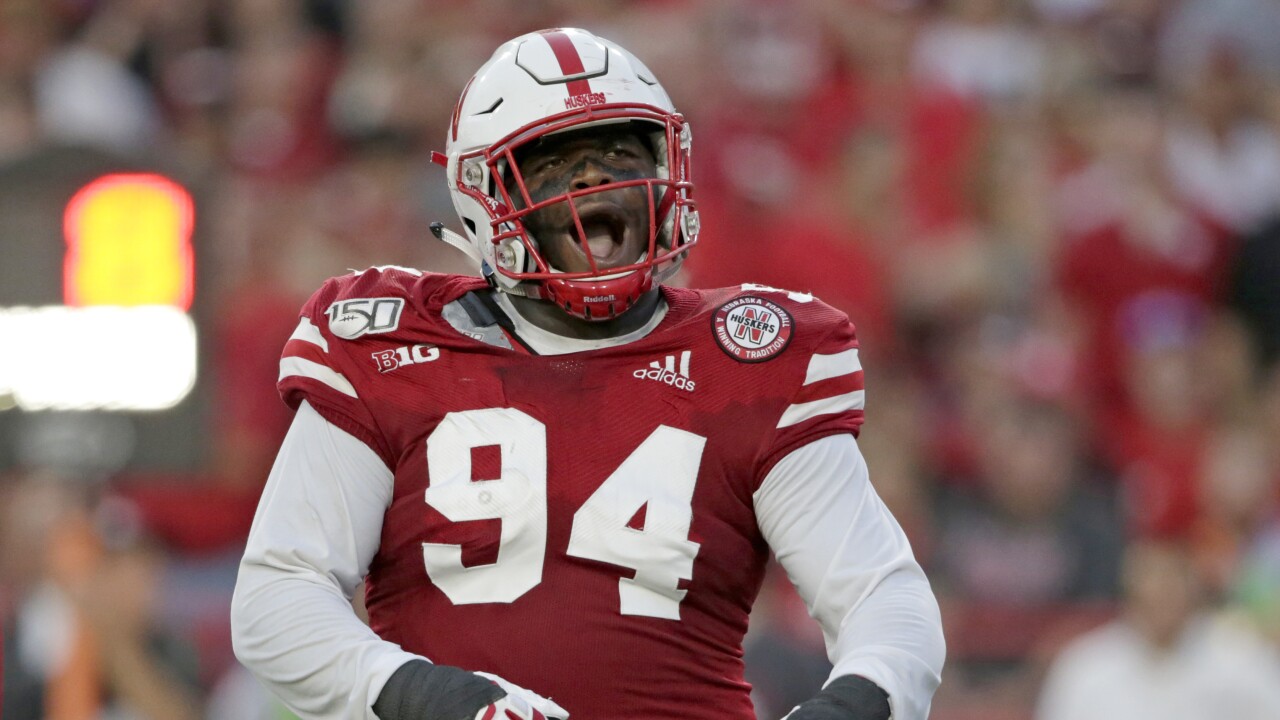 LINCOLN (KMTV) — Former Nebraska defensive lineman Khalil Davis was taken in the 6th round of the NFL Draft by the Tampa Bay Bucs on Saturday.

The Blue Springs, Missouri native was named NU's Defensive Lineman of the Year in 2018 & 2019.

The other Husker drafted on Saturday was Khalil's brother, Carlos, who was selected in the 7th round by the Steelers.

He's the first Husker to be drafted since Tanner Lee went in the 6th round in 2018 & will join fellow former Nebraska standouts Ndamukong Suh & Lavonte David on Tampa's defense.