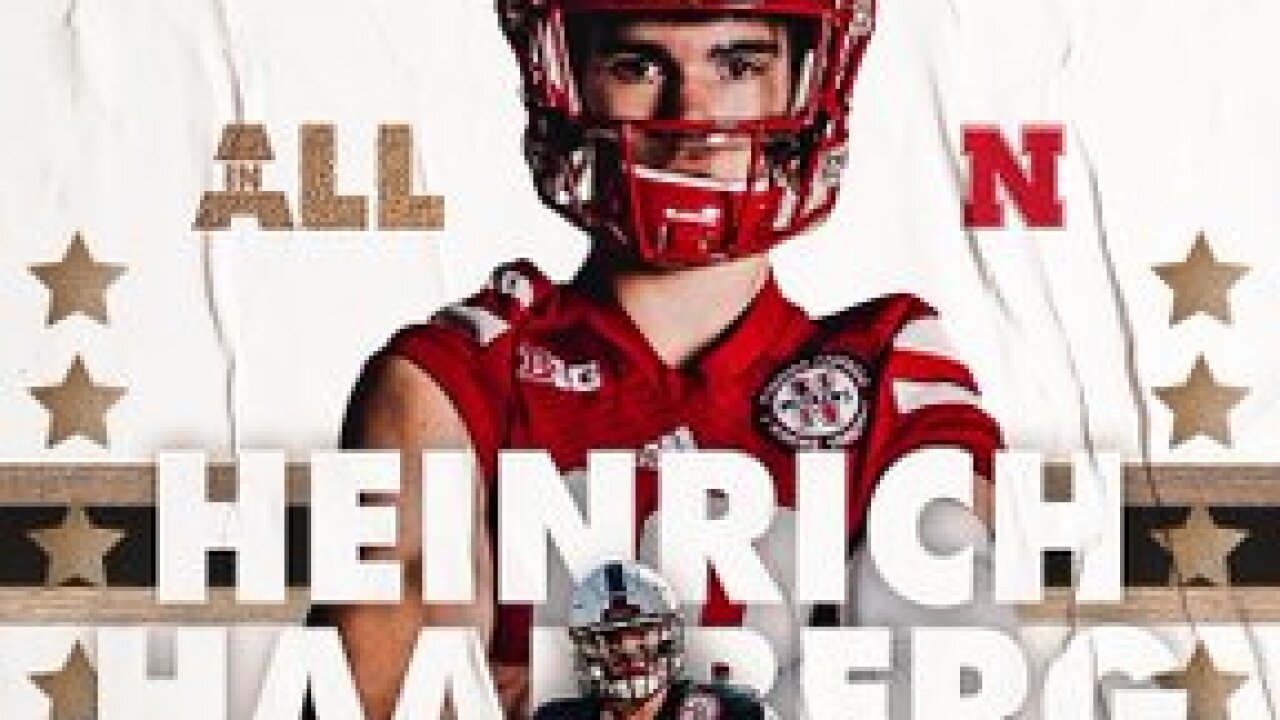 I’ve lived a lot of places in my life, but the people are what makes it home. For the next 5 years The University of Nebraska is where I’ll be calling home! COMMITTED! #GBR #Speedcity @KCStarsFootball @jenkins_elite @coach_frost @Coach_Verdu @SeanDillonNU pic.twitter.com/NOyfpBhwvs

Haarberg is ranked as a three-star recruit by Rivals & 247 Sports.

He stands six-foot-five and weight 185 pounds.

Haarberg was just offered by the Huskers earlier this week & also had offers from Vanderbilt, NC State & Boston College among others.