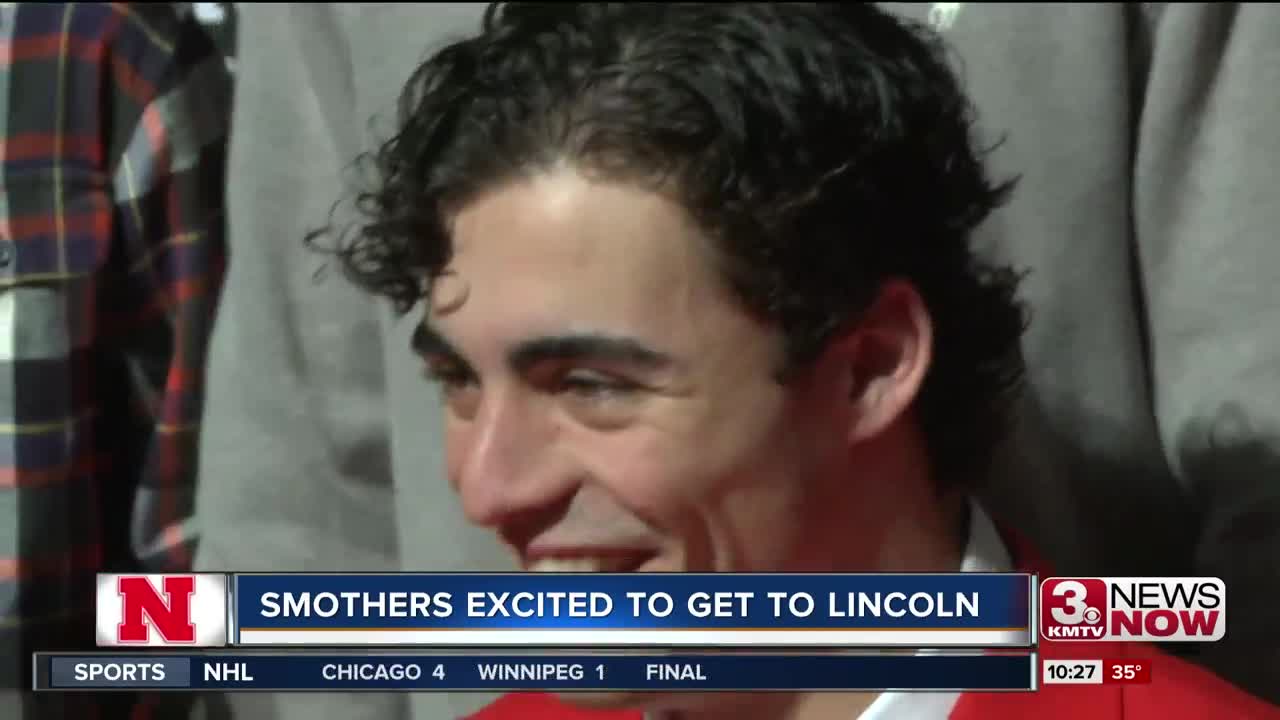 Nebraska's lone quarterback signee in the 2020 class, Logan Smothers, is ready to join the Huskers in January.

MUSCLE SHOALS, Ala. (KMTV) — Nebraska's lone quarterback signee in the 2020 recruiting class, Logan Smothers, will join the Huskers in January as one of nine early enrollees.

"The fans, they're unbelievable," Smothers said on Wednesday's signing day. "They sell out every game. That's crazy. You don't see that anywhere so that's huge."

Smothers was the first commit in the class, making a verbal pledge to Scott Frost nearly a year and a half ago.

The Alabama native threw for over 2,000 yards and accounted for 40 total touchdowns his senior season.