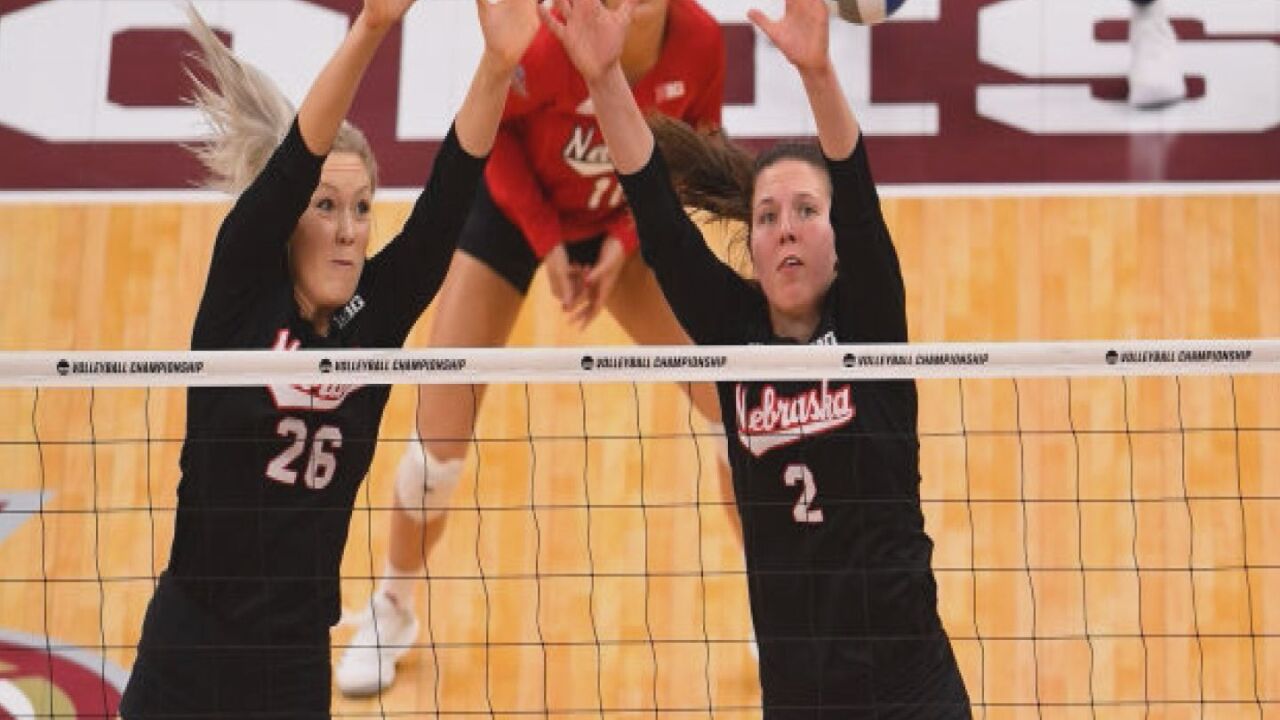 "I love them so much & want them to be so successful," -@Huskervball legend Mikaela Foecke (@mikaela_foecke) on her teammates she now says goodbye to. #Huskers pic.twitter.com/MRGFD1Z4Oa

Mikaela Foecke, in her final match as a Husker, had a career-high 27 kills. Lauren Stivrins also had a career-high 19 kills. Both of them earned a spot on the All-Tournament team. Two-time National Player of the Year Kathryn Plummer had 19 kills for Stanford and was named co-Most Outstanding Player along with fellow Cardinal Morgan Hentz.

"It was an exciting match, it had drama, it went back and forth," said NU head coach John Cook. "If you look at the stats, they had one more side-out than we did. That's how close it was. I'm very proud of our team with how hard they fought."

"They have created a legacy here over the last four years that we're all going to be chasing." #Huskers head coach John Cook (@jcook2) on impact of @Huskervball senior class. pic.twitter.com/9rFKES4edN

"I think both teams gave it all they got tonight," said Stivrins. "It sucks to come up short."

"I think they're two of the greatest players & people to have ever come through this program." @Huskervball sophomore middle blocker Lauren Stivrins (@LaurenStivrins) on playing her last match with #Huskers seniors Mikaela Foecke & Kenzie Maloney pic.twitter.com/UcH9hDzYHt

Following the match, Foecke reflected on her NU career.

"We made bonds that will last a lifetime," Foecke said. Coach Cook also discussed what Foecke & the rest of the NU seniors have meant to the program.

"They have created a legacy here over the last four years that we're all going to be chasing," said Cook.

The victory gave the Cardinal its 8th national championship, surpassing Penn State for the most in Division I history.

"Foecke was incredible in that match & we couldn't touch her," said Stanford head coach Kevin Hambly.

The Huskers' season ended with a 29-7 record, while Stanford finished 34-1 and ended the year on a 32-match winning streak.