Quinn's Corner: Things I'd like to see in sports 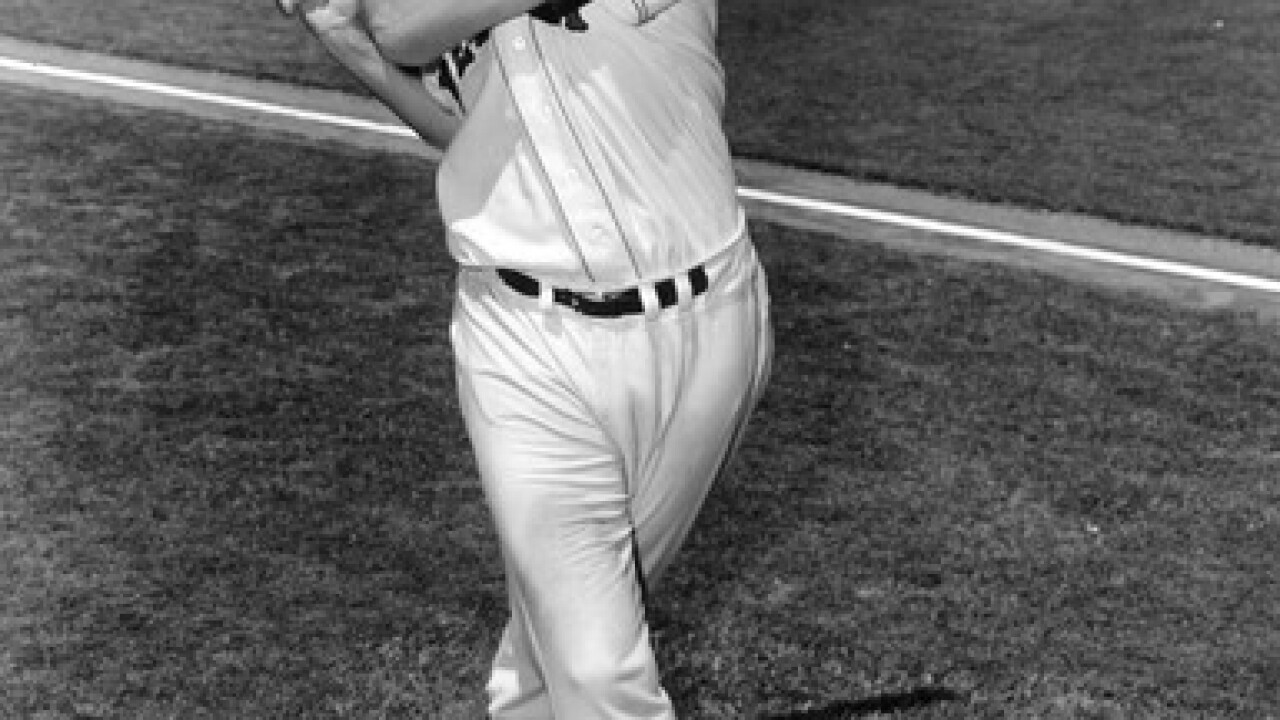 Isn't it a great time of year in sports?

March Madness. The Masters. The NBA and NHL playoffs are right around the corner. Baseball is back. Spring football is rolling.

There's plenty of room for debate, but for my money this is about as good as it gets.

With everything that's stood out the past few weeks (a 16-seed beating a 1-seed, Loyola in the Final Four, etc.), it had me thinking - what are the things I'd most like to see in sports? Not just this month, but at any point along the way. Like many of you, it's a discussion that's always evolving for me - with things occasionally being checked off here and there.

This is by no means a complete list, just a few things that immediately came to mind. I've also added some quick odds as to how likely I believe these things are to actually happen (in my lifetime).

It used to be a matter of "when," not a matter of "if." Now, time is against Tiger. I'll bet he wins one or two more, but I don't see him winning five.

Someone wins a men's golf grand slam in a single season. Odds: 1/10

The last (and only) man to do it was Bobby Jones in 1930, when a slam was considered the US Open, US Amateur, British Open, and British Amateur. Since then, only Tiger has come close, holding all four major titles at once from 2000-01. Jordan Spieth made us hold our breath in 2015, when he won the The Masters and US Open, and nearly pulled out the British. Had he actually won it, the 2015 PGA Championship would have been bonkers. Given the nature of golf these days, I doubt we ever see it happen.

Someone wins a tennis grand slam in a single season. Odds: 4/10

It's rare, but it has happened. On the women's side, Steffi Graf did it in 1988 (along with winning an Olympic gold medal), and Serena Williams has come close twice. On the men's side, Rod Laver managed it twice, but not since 1969. With as dominant as Roger Federer has been over the last decade, Rafael Nadal's dominance on clay at the French Open always proved to be a problem. Someone will break through eventually, but I don't think it's in this current crop of players.

Ted Williams was the last (thus, the photo above) in 1941. We got to see Miguel Cabrera notch a triple crown a few years ago, a feat I wasn't sure would ever be duplicated. Now it's time for someone to ditch the current trend of either home run or strikeout, and actually give chase to a .400 season at the plate.

As incredible as the summer of 1998 was with McGwire and Sosa, a player chasing .400 all season long would really draw in the interest, primarily because no amount of steroids will help you accomplish it. In my lifetime, Tony Gwynn and George Brett were the only serious threats. It's hard to pick out a current player that could really give it a run.

There's a few selfish ones along the way in here. The Braves were really good for a long time in the 1990's (I'm sure Nebraska football fans can sympathize), but managed just one title out of it all in '95. I'd guess the Braves have a shot to be back in the World Series sometime in the next 5-7 years.

Since 2012, Clayton Kershaw has twice lead the bigs in games started with 33. He's been the most dominant pitcher in the game over that span, yet has only managed 21 wins on one occasion. You can see how the math doesn't really add up here. In fact, in the last 30 years the single season record for wins is 24 (John Smoltz, Randy Johnson).

I think if we're ever going to see this again, teams will have to go to a four-man rotation, and guys will have to get 40+ starts. I'm just not sure that's real likely.

I watched Kobe Bryant score 81 in 2006 against the Raptors. That's as close as anyone has gotten since Wilt Chamberlain dropped 100 against the Knicks all the way back in 1962. With the evolution of three point shooting in the NBA, I'm optimistic someone will have an outside shot sometime in the next 10 years. It'll take a lone wolf effort by someone on a bad team in all likelihood, but I don't think it's crazy to imagine someone splashing 25 threes in a game. That would make 100 within reach.

I didn't list the scenarios on this list in any particular order, but if I did, this one would be near the top. I'm a diehard soccer fan, and seeing the United States men win a World Cup would be unreal. Yet, despite the embarrassment of the US missing the World Cup this summer, the odds get better with each passing year.

Domestic MLS developmental programs continue to get better, and young elite American players are finally finding their way into top foreign leagues. Christian Pulisic is viewed as a "revolution" for American soccer (and he is), but to actually win the World Cup, the USA needs 10 more guys just like him. Eventually, they will.

In the next 35 years, the USA will win the FIFA World Cup.

The "continental treble" is considered one of the elite achievements in European club soccer: winning the top domestic league competition (in England's case, the Premier League), top domestic cup tournament (The FA Cup), and the UEFA Champions League (top teams from each country in Europe).

No secret here - Chelsea is my team all the way. Since 1965, only Manchester United in 1998-99 has managed the feat. Across Europe, only eight clubs have managed the treble in their respective countries, with Barcelona being the most recent (2014-15). It's a goal that not only tests a team's elite skill, but also their depth, given the brutal schedule it requires.

The last time? 1980. Most people refer to that win as the "Miracle on Ice." Given the recent strength of American hockey, the next time won't be such a surprise.

Had NHL players competed in the 2018 winter Olympic games, a lot of hockey folks think this would have already happened.

Call me greedy, but I want to see another one. American Pharaoh broke a 37-year drought in 2015, but these things tend to come in bunches when they do finally happen. The 1970's saw three winners, and prior to that it was a 25-year gap back to 1948, a decade that saw four horses claim the honor. Some people may claim that the allure is gone now that a horse has won it again, but I tend to disagree. Let's hope we have a chance to find out soon.

Butler was in the game. Loyola was close. George Mason, Wichita State, and others have knocked on the door. If you really want to consider Gonzaga a "mid major" (I don't), they had a shot. One of these days, a true mid major will stun everyone and win the whole darn thing.

And, to close it out - a few local ones that would be fun to see

UNO plays in the toughest conference in college hockey. Every year, they'll have a chance for an at-large berth in the NCAA tournament, and will be battle tested if they make it. They've been to the Frozen Four once already, and given the nature of hockey, I don't think its crazy to think that at some point, they could win it all.

Much like UNO hockey, Creighton plays in one of the elite conferences in college basketball, and won't be surprised by anything they're up against in the NCAA tournament. They continue to recruit at a higher level every year, and feel like they're inching their way closer each season. Once they break through and finally make the Sweet 16 (which could literally happen any year), don't be surprised if they shock everyone and go even deeper. I really don't think this scenario is all that crazy.

100 percent, stone cold lock of the century: Nebraska basketball will make, and win a game in the NCAA tournament sometime soon. Had they managed to make the field this year, they had the squad to do it. Ultimately, the resume just didn't stack up.

For all of my friends that are die hard Nebraska fans, I'd love to see it happen. But the odds are long. Not quite Tiger Woods winning 19 majors long, but close.

The reason? It's hard to win a college football national title these days. In fact, I'd say considerably harder than it was in the 1990's when Nebraska last did it.

Yes, four teams make the playoff. But actually winning the playoff is a whole different conversation. It means winning a division, impressing a committee enough throughout the year to actually make the field (which will be an uphill battle given the division), and ultimately beating three teams (counting the Big Ten East winner) of elite national caliber in a row.

I think I'll write some more on this sometime soon - seems like a fun topic. Until then - enjoy the sports season we're in.