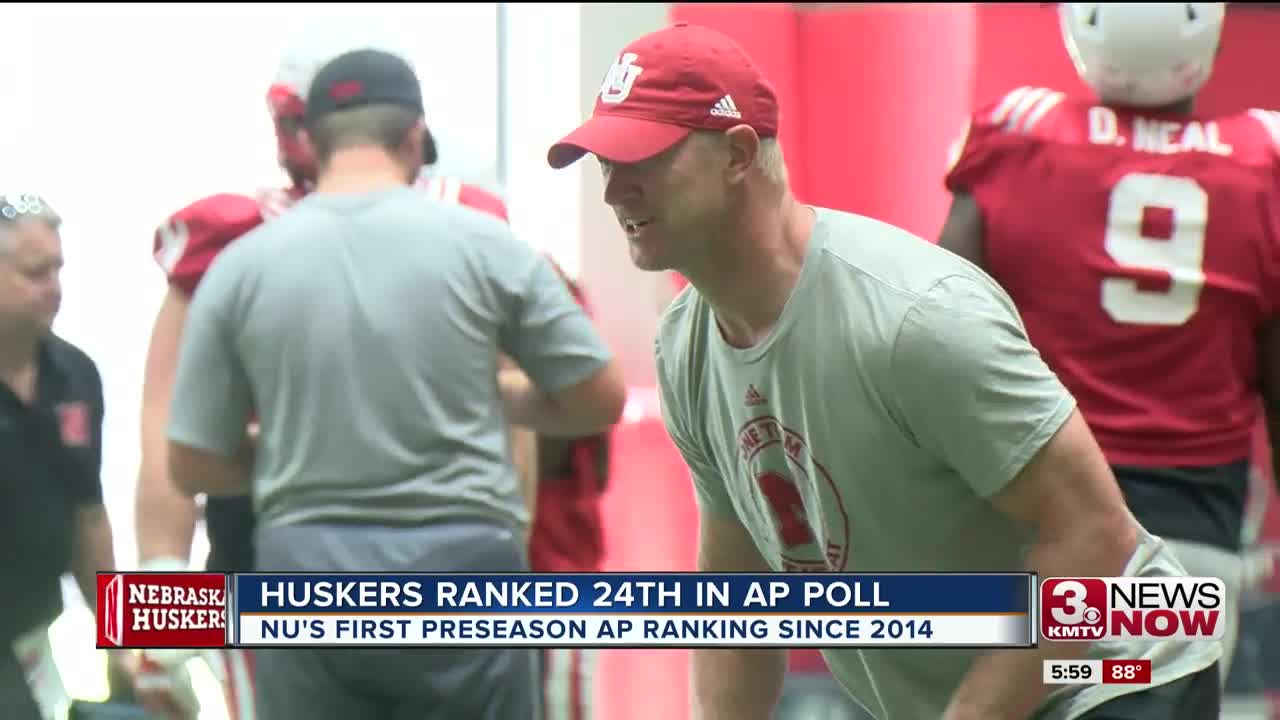 The Nebraska football team is ranked 24th in the AP preseason poll.

LINCOLN, Neb. (KMTV) — The Huskers haven't been ranked in the AP's preseason top 25 football poll since 2014. This morning, the 2019 poll was released and Nebraska is back in the top 25. NU is ranked 24th to start the season.

Chinander on #Huskers ranked #24 in AP Poll: "We haven't done anything yet. So I just assume we weren't ranked. I hope none of those guys think they've made it because we certainly haven't. We're a 4-8 football team until we get in the season so ranking 24th don't mean diddily." pic.twitter.com/Pts7qGqP7e

See also: The Nebraska Football team has released their alternate uniforms for the 2019 season.