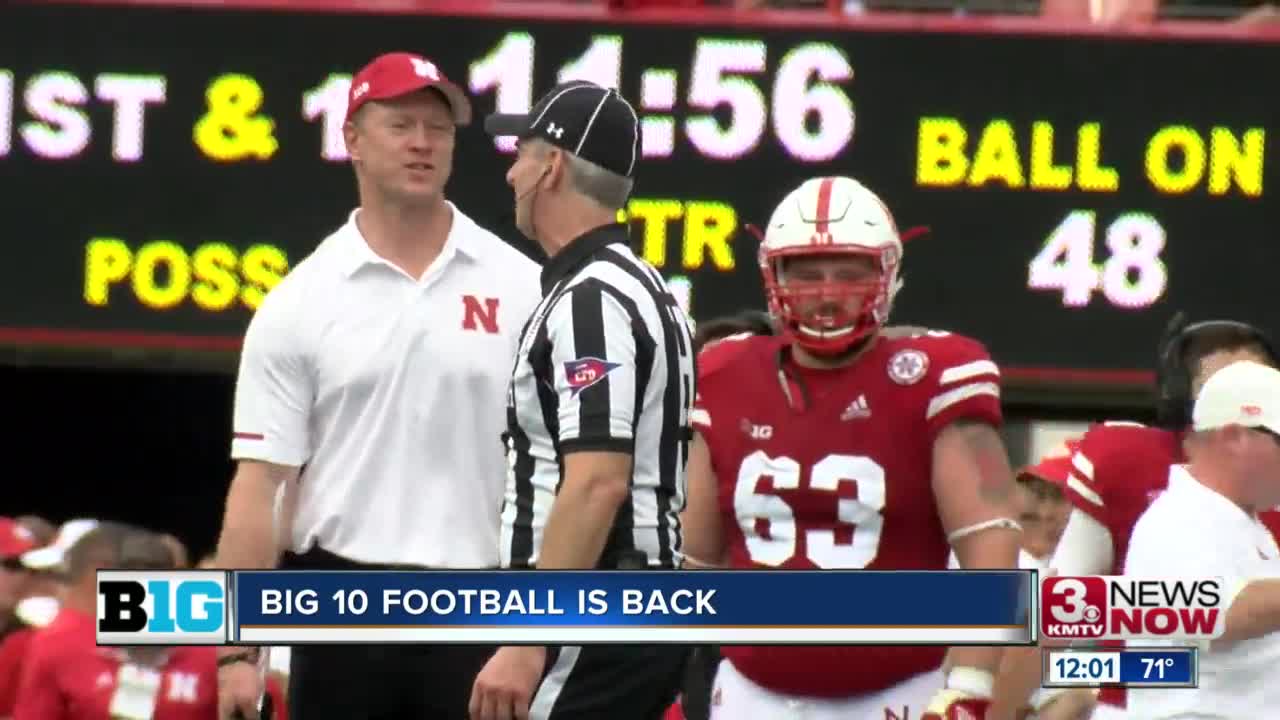 The Big Ten Conference announced on Wednesday that football games will start the weekend of October 23-24. 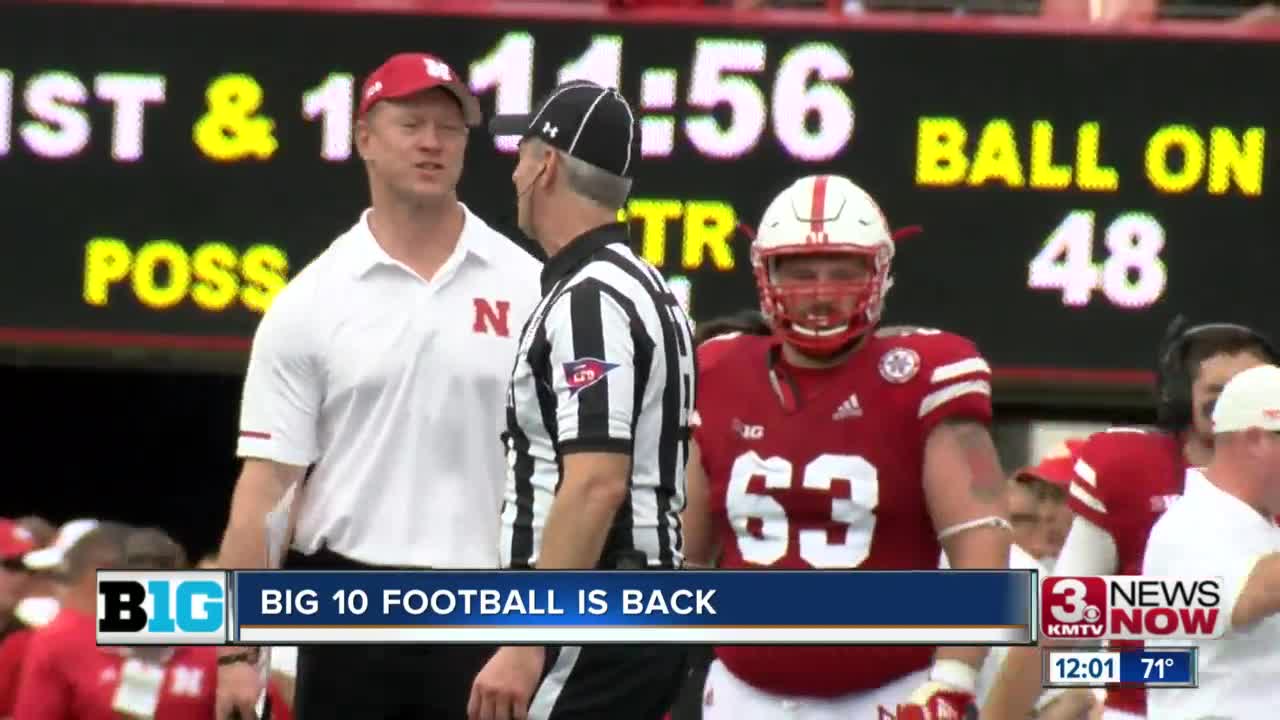 OMAHA (KMTV) — After postponing fall football, the Big Ten Conference has now reversed course yet again and will now start games the weekend of October 23 & 24 the league announced on Tuesday.

UNL Chancellor Ronnie Green and Nebraska Athletics Director Bill Moos held a press conference to talk about the announcement. Watch below or on our Facebook page.

According to the Big 10 Network, fans won't be allowed at the games but families may be accommodated.

“We are very pleased with the decision by the Big Ten to play football this fall after carefully considering the extensive work by the Medical Committee.

The safety protocols established by the conference are the most stringent in the country, and will help protect our student-athletes, staff and coaches. At Nebraska, we have worked hard since last spring to ensure the safety of our Husker family and are confident of the steps we’ve taken. We look forward to working with the Big Ten protocols and will be ready to play on October 24.

This is a big day for our student-athletes, coaches, our city, our state and all of Husker Nation. We look forward to seeing Coach Frost and our Huskers take the field – Go Big Red!”

On Tuesday morning, NU President Ted Carter was heard on a hot mic at a press conference that the league would make an announcement Tuesday night.

The Big Ten unveiled a conference-only ten game schedule back on August 5th.

But then just six days later, the league announced the postponement of fall sports due to concerns with COVID-19.

MORE FROM THE BIG TEN:

The Big Ten Council of Presidents and Chancellors (COP/C) adopted significant medical protocols including daily antigen testing, enhanced cardiac screening and an enhanced data-driven approach when making decisions about practice/competition. The COP/C voted unanimously to resume the football season starting the weekend of October 23-24, 2020. The decision was based on information presented by the Big Ten Return to Competition Task Force, a working group that was established by the COP/C and Commissioner Kevin Warren to ensure a collaborative and transparent process.

The Big Ten will require student-athletes, coaches, trainers and other individuals that are on the field for all practices and games to undergo daily antigen testing. Test results must be completed and recorded prior to each practice or game. Student-athletes who test positive for the coronavirus through point of contact (POC) daily testing would require a polymerase chain reaction (PCR) test to confirm the result of the POC test.“Everyone associated with the Big Ten should be very proud of the groundbreaking steps that are now being taken to better protect the health and safety of the student-athletes and surrounding communities,” said Dr. Jim Borchers, Head Team Physician, The Ohio State University and co-chair of the Return to Competition Task Force medical subcommittee.

“The data we are going to collect from testing and the cardiac registry will provide major contributions for all 14 Big Ten institutions as they study COVID-19 and attempt to mitigate the spread of the disease among wider communities.”

Each institution will designate a Chief Infection Officer (CInO) who will oversee the collection and reporting of data for the Big Ten Conference. Team test positivity rate and population positivity rate thresholds will be used to determine recommendations for continuing practice and competition.

In addition to the medical protocols approved, the 14 Big Ten institutions will establish a cardiac registry in an effort to examine the effects on COVID-19 positive student-athletes. The registry and associated data will attempt to answer many of the unknowns regarding the cardiac manifestations in COVID-19 positive elite athletes.

“From the onset of the pandemic, our highest priority has been the health and the safety of our students. The new medical protocols and standards put into place by the Big Ten Return To Competition Task Force were pivotal in the decision to move forward with sports in the conference,” said Morton Schapiro, Chair of the Big Ten Council of Presidents/Chancellors and Northwestern University President, and Chair of the Return to Competition Task Force Steering Committee. “We appreciate the conference’s dedication to developing the necessary safety procedures for our students and the communities that embrace them.”

The Big Ten Conference will use data provided by each Chief Infection Officer (CInO) to make decisions about the continuation of practice and competition, as determined by team positivity rate and population positivity rate, based on a seven-day rolling average:

Decisions to alter or halt practice and competition will be based on the following scenarios:

Eventually all Big Ten sports will require testing protocols before they can resume competition. Updates regarding fall sports other than football, as well as winter sports that begin in the fall including men’s and women’s basketball, men’s ice hockey, men’s and women’s swimming and diving, and wrestling, will be announced shortly.