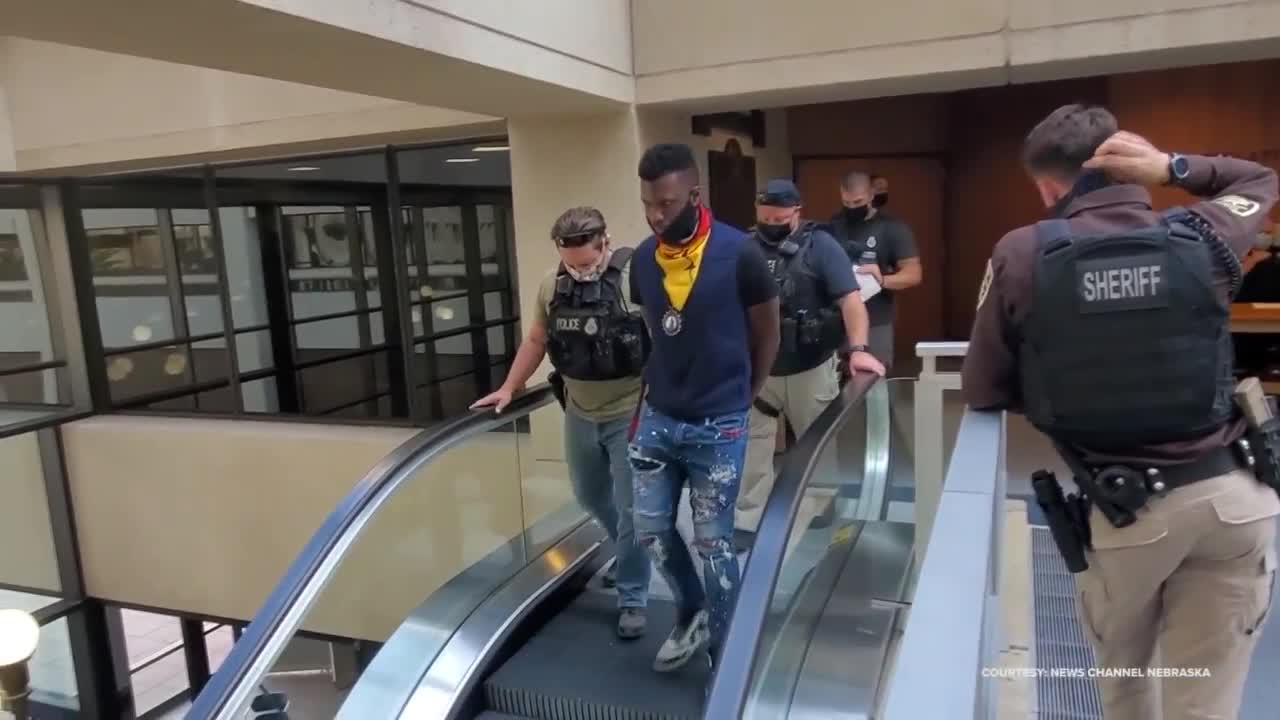 After appearing in court, David Mitchell's bond was set at $1 million.

News Channel Nebraska shared exclusive video of his arrest at Tuesday's City Council meeting with 3 News Now. Watch it above.

The incident reportedly occurred in 2014 and police received information in June.

Based on provided evidence, Omaha Police issued an arrest warrant for Mitchell, who was out on bond for a felony burglary charge from 2019.

Mitchell was located on Tuesday, according to police, and booked into Douglas County Corrections for 1st Degree Sexual Assault of a Minor and Bond Review.

Besides running for the Omaha District 2 city council seat, Mitchell has been involved in recent protests against racial injustice, including the protests that forced the 11-Worth Cafe to close this past June.

On Tuesday evening, Mitchell posted to his Facebook page, denying the allegations, saying:

These charges one hundred percent false, the system is finding anyway to take me down. I can’t make an comments on the current case for legal reasons.