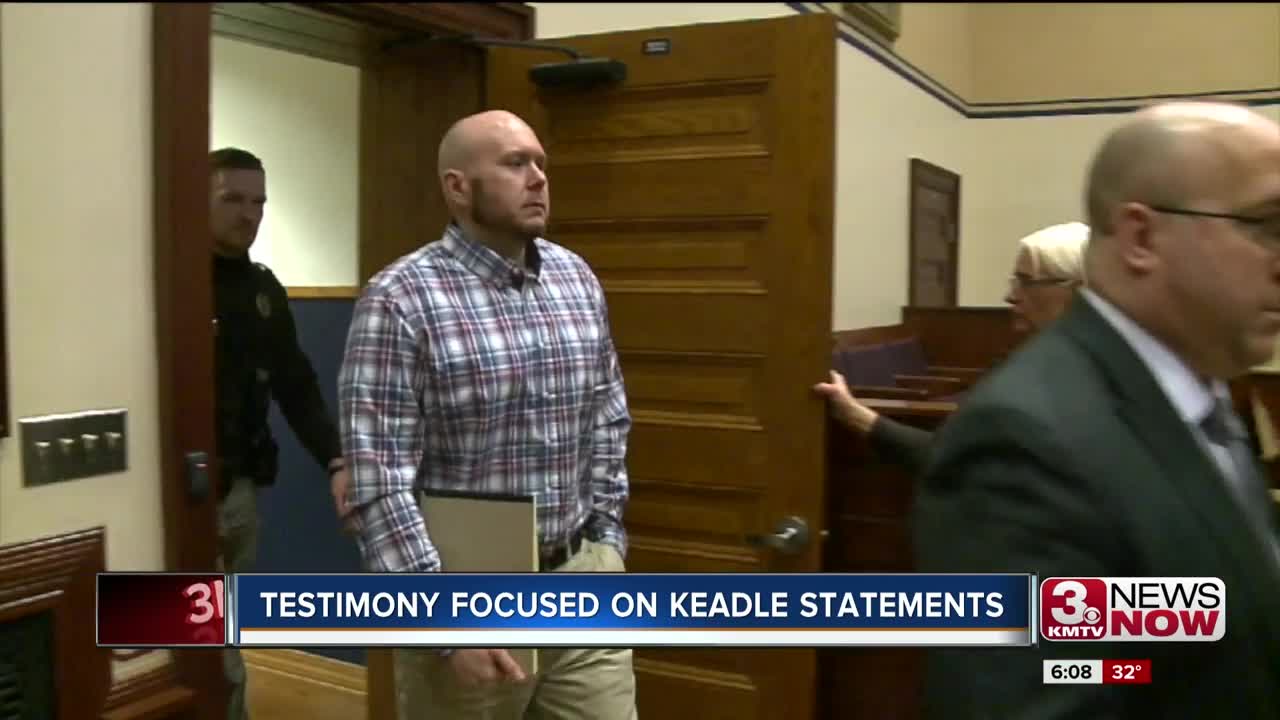 Were statements Joshua Keadle allegedly made to other students after Ty Thomas went missing reason to believe he killed her? That's what a Gage County jury will decide.

In the early morning hours of December 3, 2010, the 19-year-old Thomas went missing after drinking and getting in a fight with friends. She was last seen wandering on campus, texting friends she was lost.

When her friends discussed looking for her, Thomas' former boyfriend and former roommate to Keadle, Brenden Whitted, testified Keadle told him where he thought she was.

"I believe he had mentioned, 'Yeah, I think she's in Omaha' and I was like, 'Well, how would you know?’ because they didn't hang out,” said Whitted.

Keadle allegedly told a friend the next morning to lie about where he was, even though Keadle said he was sick and never met up with them early on December 3 to smoke weed.

"’If anybody asks,’ he says, ‘Can you tell them I was with you guys all night?’” said Jacob Aguirre, a friend of Keadle. “At the time, I didn't think nothing of it, so I was like, 'Yeah, okay."

Another former student, Jason Rodriguez, testified while he and Keadle were waiting to be interviewed by authorities at Peru State, Keadle requested to have Rodriguez hold a gun for Keadle. Rodriguez refused.

When asked if Rodriguez had seen Keadle with a gun any other time that semester, Rodriguez said “one time previously.”

The defense argued that Thomas was belligerent, violent, and unstable the night she went missing.

They also said that Keadle was down by the river the next day because that's where he hid his weed.

Prosecutors continue to question witnesses and friends about if Keadle told anyone that he was with Thomas the night she went missing.

They said no. However, he later told authorities he was with her.