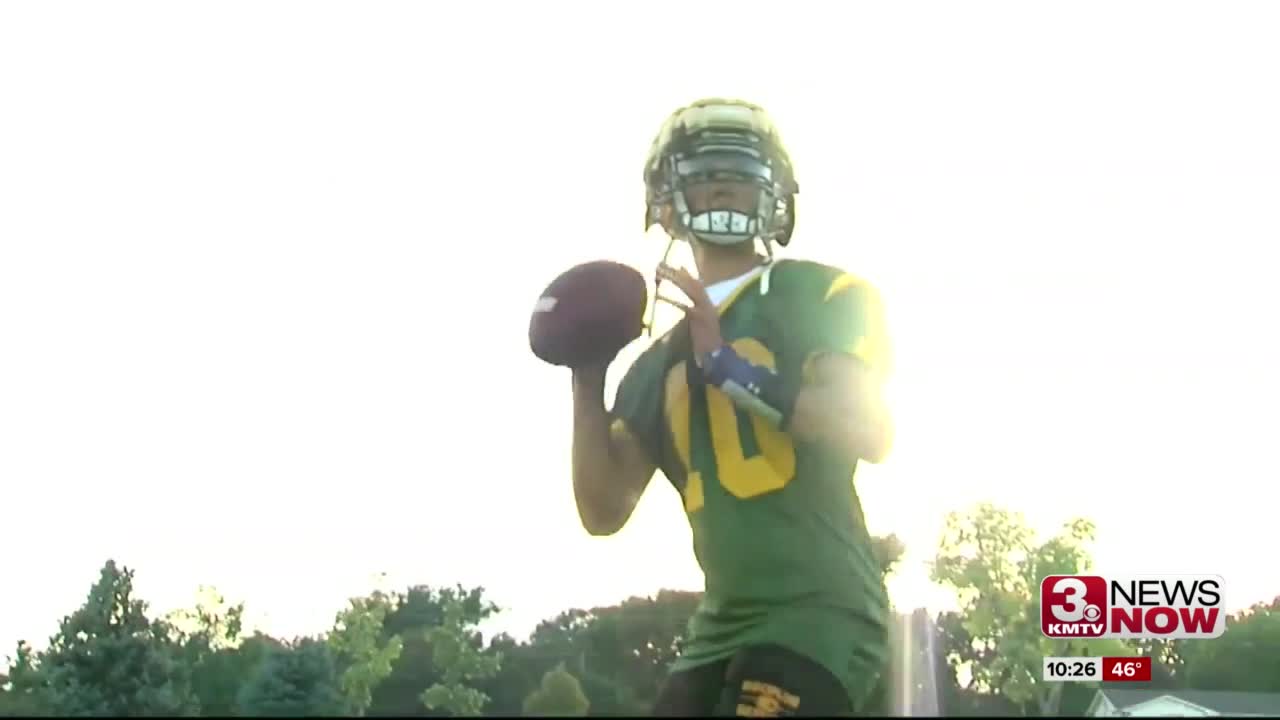 A 1-on-1 interview with Nebraska's newest QB commit Heinrich Haarberg.

"Talking with my parents, it'd kind of been on our minds for a while," said Haarberg. "We were trying to just let things play out and I think yesterday (Friday) it all just kind of clicked for us. I've had a lot of great conversations with Coach Frost, Coach Verduzco and Coach Lubick all through this week. I think i might have been getting a little annoying to them but I had to make sure that everything I wanted and needed in a program was going to be provided and it sure is."

"Coach Verduzco was kind of stunned but as soon as he got over that he was super excited," Haarberg said. "Coach Frost was excited. I'm ready to get to work and to start going out and getting some weapons to throw to."

Haarberg was asked if he was still going to take any visits to other schools.

"Everything's shut down," said Haarberg. "I won't take any visits or anything like that. I've called all the coaches and thanked them for the recruitment."

The 6'5"185 pounder picked the Huskers over offers from Harvard, Yale, Boston College and Vanderbilt among others. Haarberg says the fact Scott Frost helped recruit 1st round NFL draft picks Marcus Mariota and Justin Herbert at Oregon played a role in his decision.

"Those are the guys that he wants to model my development after," said Haarberg. "He said coming out of high school, I remind him a lot like them."

"I think he's going to change the offensive side a lot for the good," Haarberg said. "He's going to bring a lot of the schemes he had at Oregon when they were very successful. They're going to pass the ball a lot more."

With Noah Vedral's recent transfer, Haarberg says Husker coaches told him they might consider taking another quarterback in the class.

"That doesn't worry me at all," Haarberg said. "What drives people to be better is competition in my opinion. So the more you can bring in, the better everyone else will get."

The 2021 recruit says he's not sure if he will be an early enrollee in January as of yet. Haarberg had one final message for Husker Nation.

"Thanks for all the support," Haarberg said. "I tweeted it out and by the next minute I already had 250 likes. That's insane. Just thank you all for the support."