Game of the Year Nominees 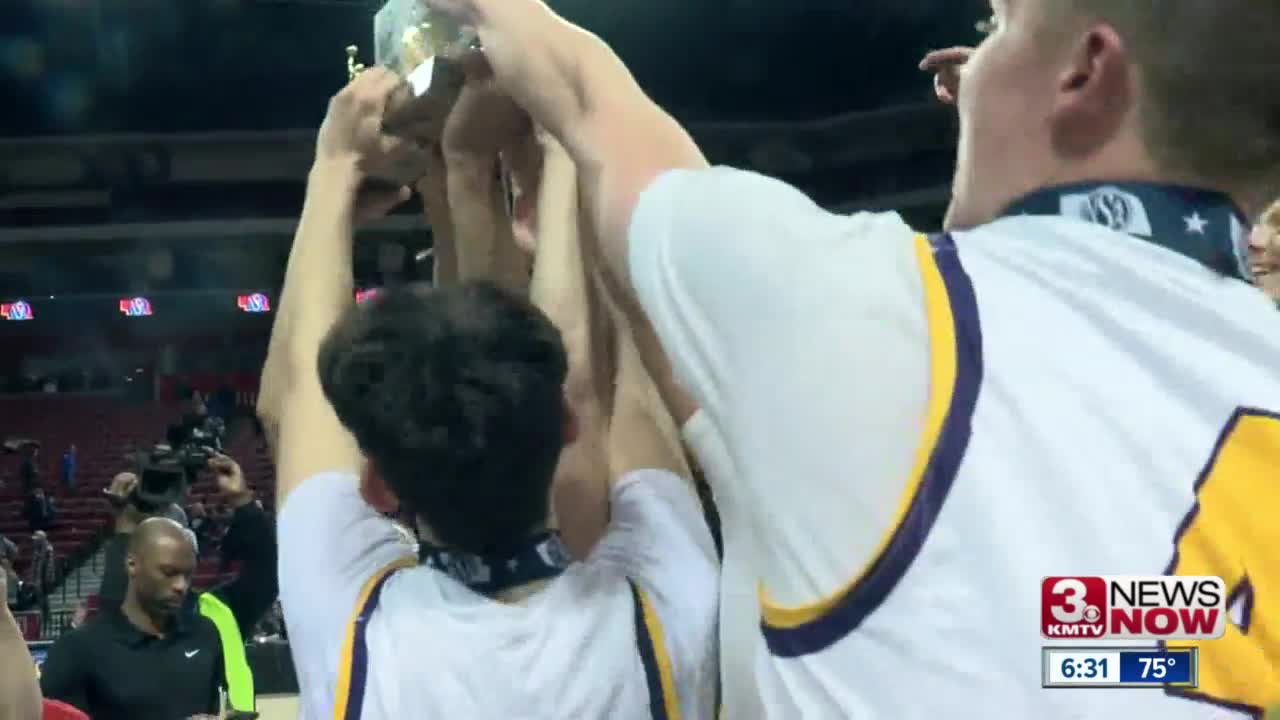 Here are the nominees for 3 News Now Game of the Year:

OMAHA (KMTV) — It's time to unveil the nominees for the final category in our year-end sports awards. Here are your choices for the 3 News Now Game of the Year:

-BELLEVUE WEST VS. MILLARD WEST (CLASS A STATE FOOTBALL SEMIFINALS): The top-ranked T-Birds came into the contest undefeated and untested, having beaten each of their previous opponents by at least 23 points per game. After Bellevue West jumped out to a 15-0 lead, the 2nd ranked Wildcats would rally to take a 23-22 advantage. But the eventual state champs showed their resiliency with a touchdown pass from Nate Glantz to Husker signee Zavier Betts as Bellevue West won 37-30.

ALSO VOTE: Coach of the Year

-SKUTT CATHOLIC VS. SCOTTSBLUFF (CLASS B STATE FOOTBALL FINAL): The Skyhawks were going for back to back championships after beating the Bearcats by 21 in the 2018 title game. The 2019 version, however, would be much more evenly matched. After Skutt took a 21-7 lead in the 3rd quarter, Scottsbluff fought back getting within 21-20 with 2:35 remaining. The Bearcats decided to go for two but the Skyhawks defense held strong, preserving the one-point lead as Skutt would go on to win its 5th state title & improve its winning streak to 26 straight.

-PAPILLION-LV SOUTH VS. GRETNA (CLASS A STATE VOLLEYBALL FINAL): The Dragons slayed 2018 champ Millard North in five sets in the semis to move on to the title game, while the 7th seeded Titans took down the #2 and #3 seed to advance to the final. Championship Saturday at the Devaney Center didn't disappoint: the two teams went back and forth in the first four sets before Papio South finally closed the deal in the 5th.

-BELLEVUE WEST VS. MILLARD NORTH (CLASS A STATE BOYS BASKETBALL FINAL): The two teams had met just a month before, with the Mustangs pulling away for a ten point win. It looked like it might go that way once again when Tim Cannon's team held a 14 point lead with less than four minutes remaining in the championship game. But then the T-Birds turned it on, scoring the final 16 points of the contest to claim their 5th crown.