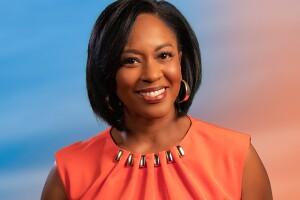 Serese Cole is excited to join the KMTV morning show. She brings 25 years of broadcast journalism experience to the KMTV News Team, nearly 20 of those years have been in Nebraska.

Before coming to KMTV, Serese anchored the morning and midday newscasts at WOWT in Omaha for nine years. Serese also anchored the evening news at KOLN-KGIN in Lincoln. Prior to moving to Nebraska, Serese was a reporter in Kansas City, MO; Wilmington, North Carolina and Tallahassee, Florida. She attended college at Florida A&M University where she graduated with honors.

Serese has been recognized over the years for her excellence in newswriting and reporting - including awards from the Nebraska Associated Press, Nebraska Broadcasters Association and the North Carolina Associated Press. Serese believes you are blessed to be a blessing to others - so you'll find her involved with several community organizations here in the Metro. She currently serves on the Susan G. Komen Advisory Board.

Serese has held several titles in her career from producer to reporter - but the jobs she's most proud of is mom and wife. She has been married to her husband Todd for more than 15 years. They met when she first moved to Nebraska and the rest is history. They have two sons who keep them busy year-round with football, basketball and baseball. When she's not watching her boys play sports - Serese loves to Zumba, cheer on her Kansas City Chiefs and the Huskers - and travel.