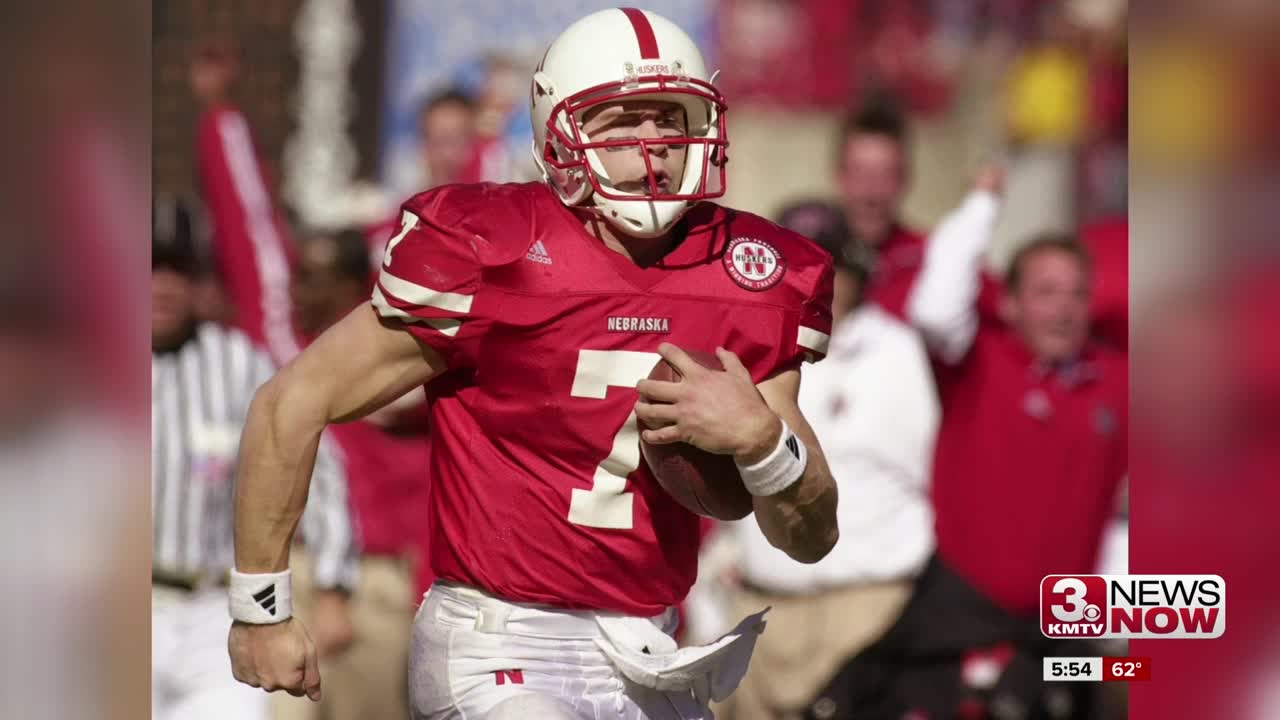 Eric Crouch looks back on the play that catapulted him to the 2001 Heisman Trophy: Black 41 Flash Reverse vs. Oklahoma

OMAHA (KMTV) — With NU clinging to a three point 4th quarter lead over OU in 2001, Frank Solich reached into his bag of tricks & pulled out one of the biggest plays in the history of the Nebraska-Oklahoma rivalry.

The only ones more surprised than the Sooners by the play called 'Black 41 Flash Reverse', might have been the Husker players themselves.

"Coach Solich took that out of the game plan," Eric Crouch recently recalled. "Basically, the reason he took it out is because it didn't work all week. So the first time that it had worked was in the game. It kind of took me a little off guard when he called it because I think Thursday night or maybe even Friday morning Coach Gill says hey this play didn't work all week. I literally remember him taking like a sharpie and scratching it off the game plan. I'm glad he called it. I'm glad he put it back in for that play because it was a heck of a memory, a great play."

The 63 yard touchdown pass from true freshman Mike Stuntz to Crouch sent the 246th straight sellout crowd at Memorial Stadium into a frenzy as NU would go on to end Oklahoma's 20 game win streak that late October day in Lincoln.

"I don't remember a time that I've ever heard Memorial Stadium that loud," said Crouch. "I've got so many people that come up to me and say man I was sitting right here when you had this run and catch and oh man it's such a great memory and I'm glad I can share that with everyone."

"There was a bobble," Crouch said. "It was because Mike Stuntz was left-handed. So if you don't really understand the physics behind that: the ball just spins the other way really. That's the easiest way I can say it. But yes, there was a little bit of a bobble. But once I got a hold of that thing, I was going to score."

"I just couldn't drop that pass," said Crouch. "Oklahoma actually ran that earlier in the game. Theirs didn't work. So I was going to make sure ours worked. Credit everybody on that play: the blocking, the whole thing, Mike Stuntz throwing a perfect pass. I mean a dime, a spiral. It's just nice to reminisce about these plays because they're things that really made a big impact in Nebraska football."

Nebraska & Oklahoma renew their rivalry next year in Norman with the Sooners making the return trip to Lincoln in 2022.