Former inmate says Keadle told him what he did with Thomas 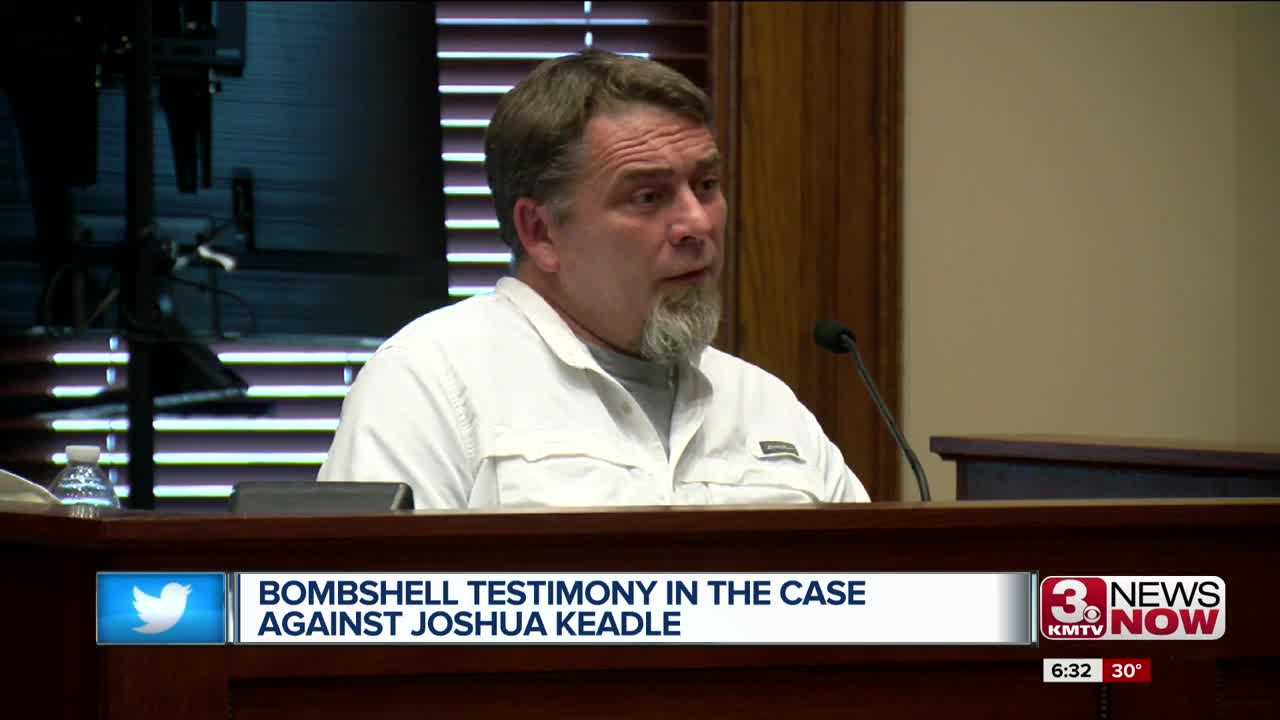 What a former inmate says Keadle told him about Tyler Thomas' disappearance.

There was bombshell testimony on Wednesday in the case against Joshua Keadle, who is charged with the 2010 disappearance and killing of Tyler Thomas. A former jail inmate said Keadle told him what really happened.

Keadle is accused of murdering the vulnerable 19-year-old Peru State College student and dumping her body in the Missouri River about nine years ago. Thomas went missing after a night of partying and has never been located.

Corey Pfeifer testified that he was in the Nemaha County Jail with Keadle in 2010 and says Keadle confessed to him that he killed Thomas.

When asked what Keadle said about Thomas, Pfeifer said, "That I'll never go to prison because they'll never find the body."

Pfeifer added Keadle told him that he had sex with Thomas and left her at the dock.

The defense went after Pfeifer because they say he changed his story multiple times when he talked to investigators in 2017. He also had multiple chances to tell law enforcement his story but never did and they say he could have made money from Crimestoppers for coming forward.

When asked why he didn't come forward, Pfeifer said, "Because I was defiant toward law enforcement and I was like, 'Let them figure it out.'"

Pfeifer said he was paid nothing for his testimony other than gas money which he says he's giving to the Thomas family.

Investigators discussed tire and drag marks found by the river they believed to be from Thomas. But the defense argued there was no blood and they didn't test to see if Keadle's footprints were there or if Thomas' DNA was in the drag marks.

Our coverage of the trial will continue on Thursday.