Election Day 2018: A guide to the area's top races, issues 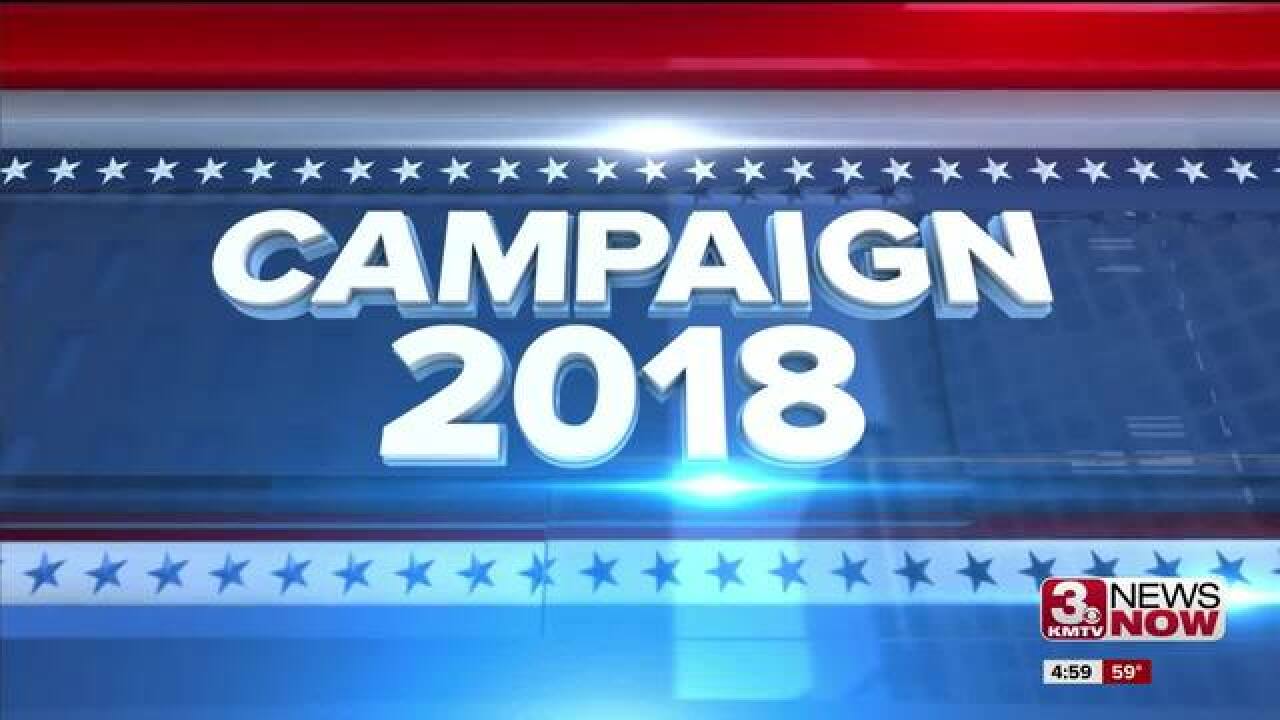 Today is midterm Election Day. For a quick study on the area's big races, we've gathered up some of our previous coverage from our online Election 2018 section:

The gubernatorial race in Nebraska is between incumbent Pete Ricketts and Democratic challenger, and former Republican, State Sen. Bob Krist. Ricketts and Krist differ on many issues, including property taxes and prison reform and both candidates have lobbed insults at each other. Gov. Ricketts called out Krist at the state GOP convention and Krist had pointed, direct attacks at Ricketts during a debate on 3 News Now in August.

In Iowa, the race for the state's top office is between Gov. Kim Reynolds and Des Moines businessman Fred Hubbell. Reynolds was appointed to the post last May after Gov. Terry Branstad became the United States Ambassador to China. Hubbell has never run for office but ran away with the Democratic primary, garnering 55 percent of the vote among the six candidates.

The United States Senate race in Nebraska is between incumbent Deb Fischer and Democrat Jane Raybould. Fischer was elected to the seat in 2012 and Jane Raybould is a businesswoman from Lincoln. In a debate on KMTV, the two greatly differed on a majority of the issue, including taxes, health care and abortion rights.

The race for United States House in the second district is the most expensive congressional race in the district's history. Democrat Kara Eastman upset former congressman Brad Ashford in the Democratic primary for the chance to unseat Republican Don Bacon, who beat Ashford in the general election in 2016. The pair has debated three times, including once on our airwaves, and the race has drawn national attention.

The third district, which covers the Southwest part of the state all the way to Des Moines, has also drawn national attention. Democrat Cindy Axne, a small business owner and former state official, is hoping to unseat Republican David Young. Young has held the seat since 2014.

Another highly debated topic is Initiative 427, the proposal to expand Medicaid to about 90,000 uninsured, low-income adults in Nebraska. Supporters say it will keep more people healthy and working in the state while those against it say the price tag is simply too high.

University of Nebraska Board of Regents

The UN Board of Regents race has shaped up to be another tight contest in Nebraska. With the agricultural economy down, state funding for the University of Nebraska system has dropped, and incumbent regent Hal Daub says the board had to make tough decisions. Meanwhile, Daub's challenger, former UNO professor Barbara Weitz, says regents need to find new revenue streams and make sure the cuts don't go too deep.

Figuring out what to vote is one thing, getting there is another. And what if you encounter a problem? We've gathered up some helpful information to help you exercise your right Tuesday as smoothly as possible.

There are several ways to get to your polling place on the cheap, or even free.