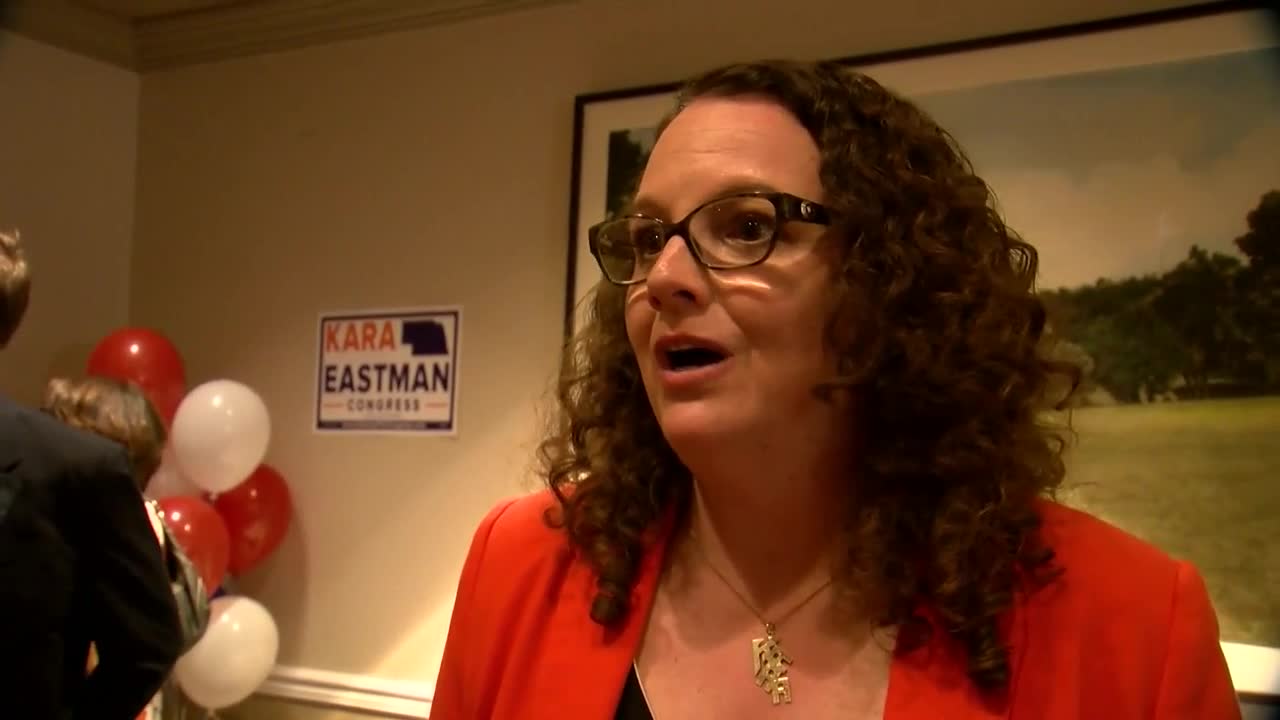 Kara Eastman talks about her excitement for the future. Eastman was leading Brad Ashford by about 170 votes after the latest count updates around 11 p.m. Tuesday. 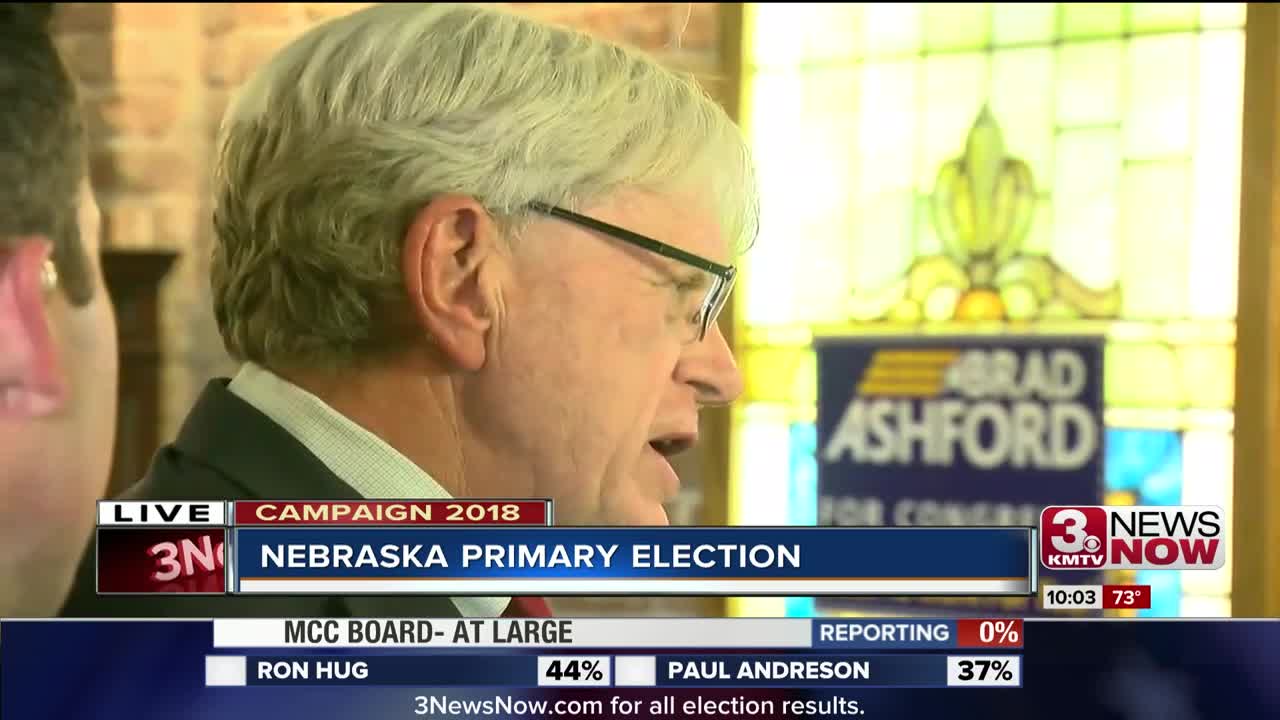 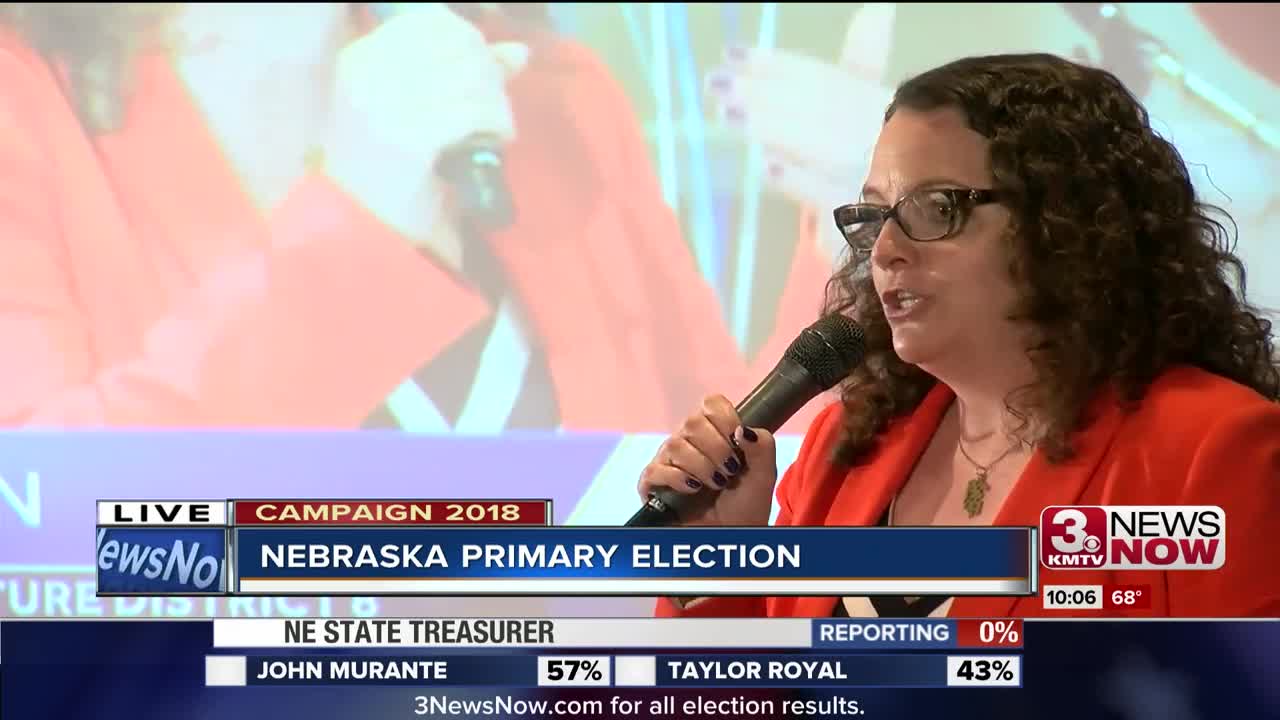 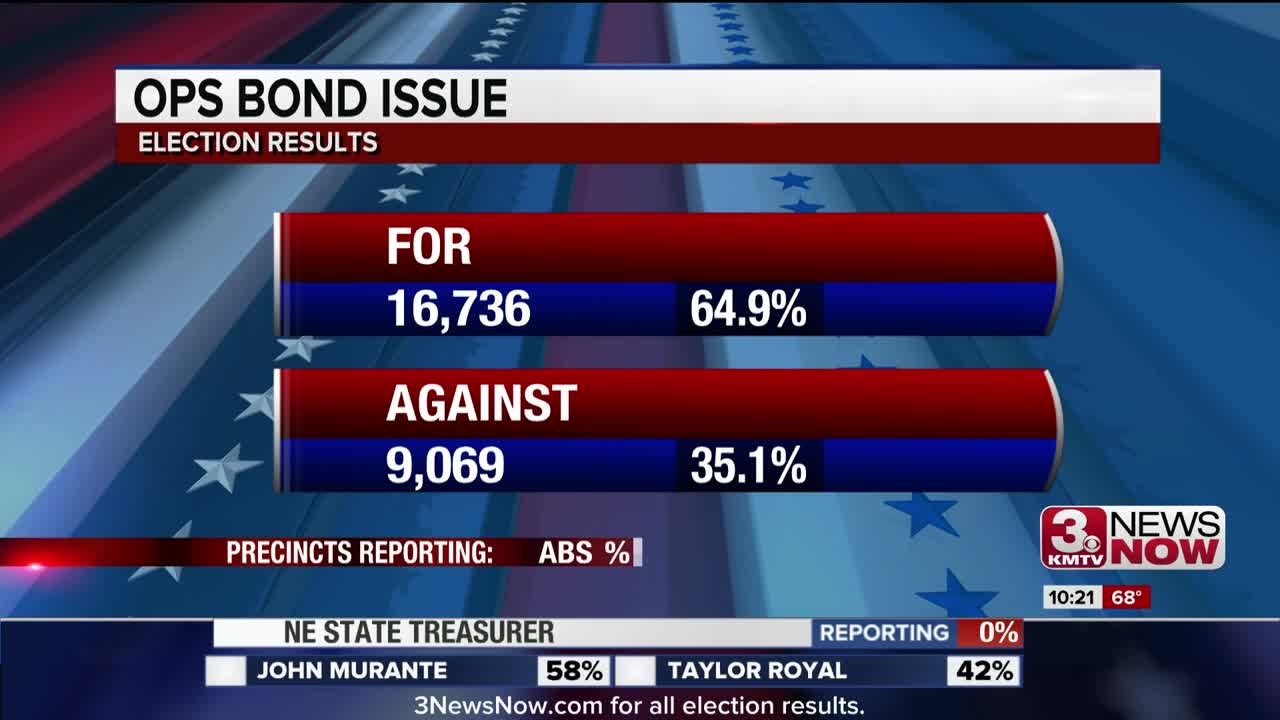 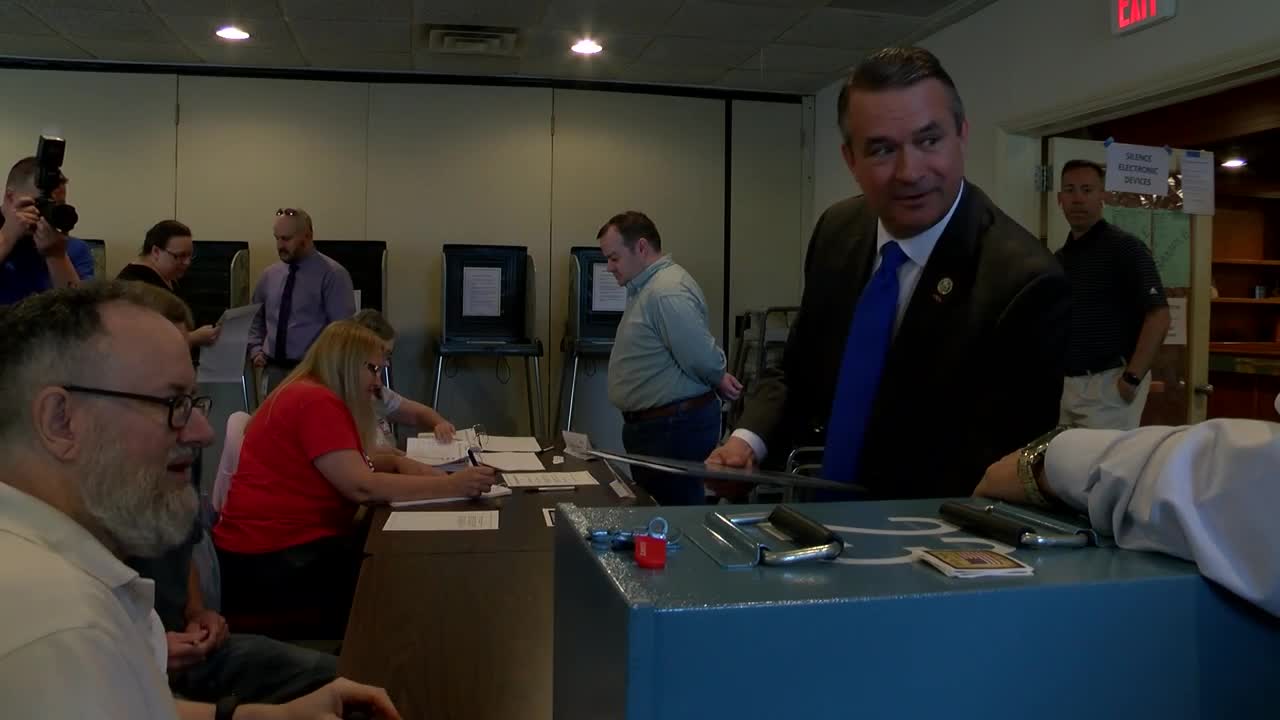 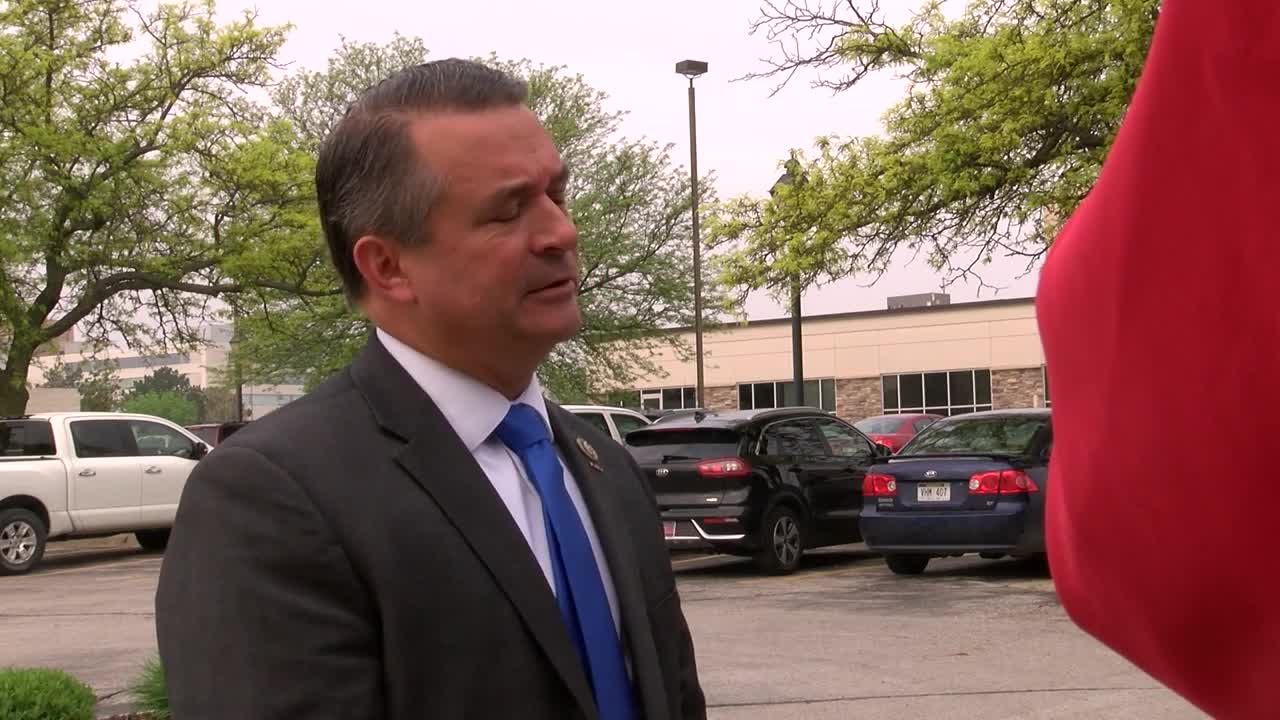 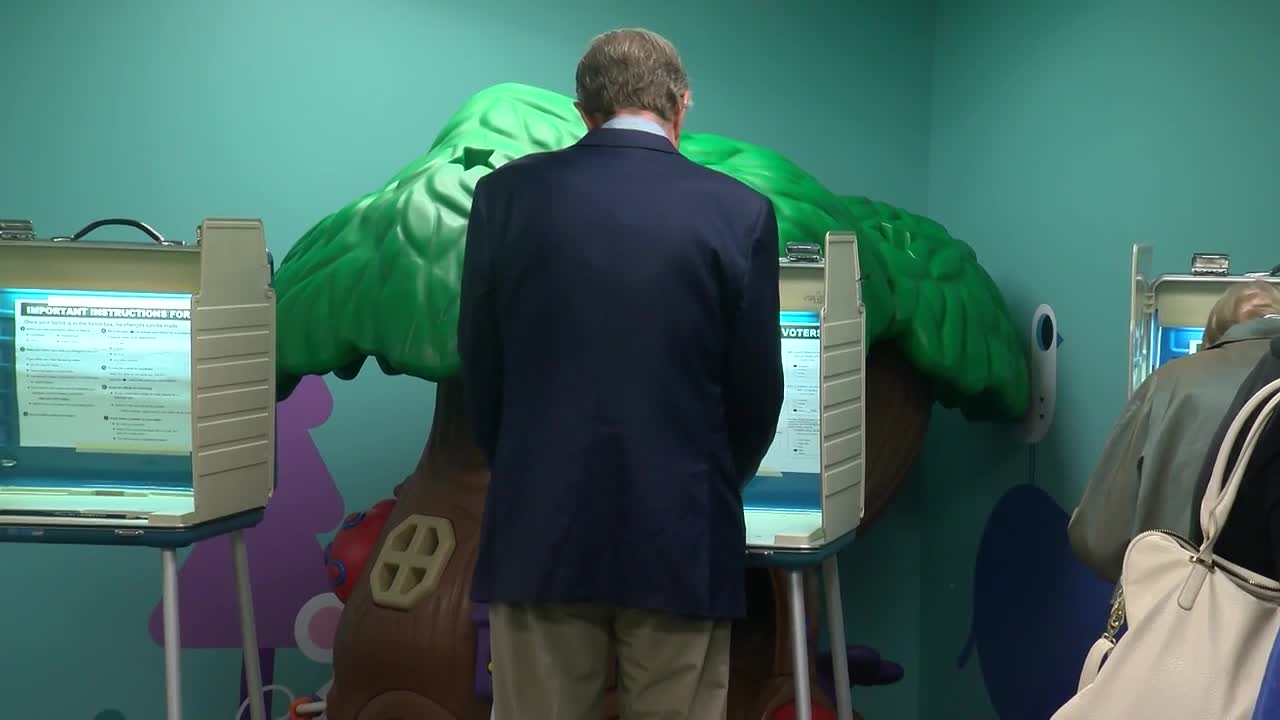 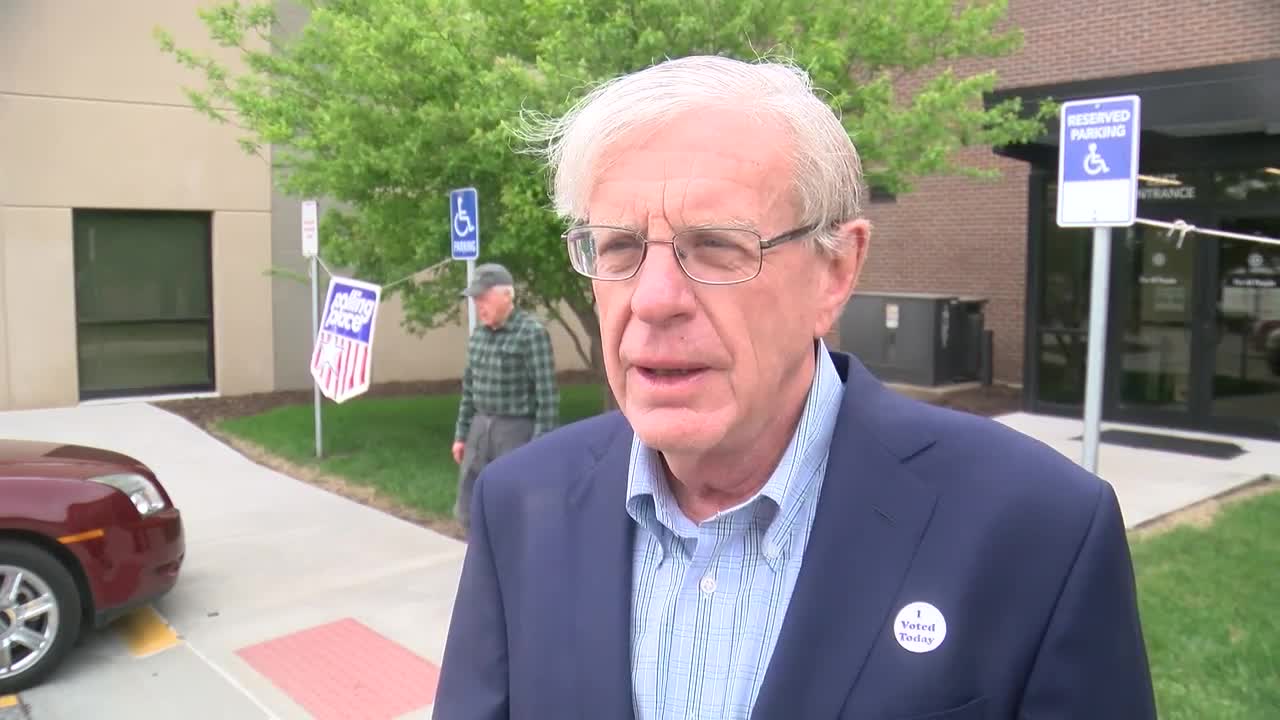 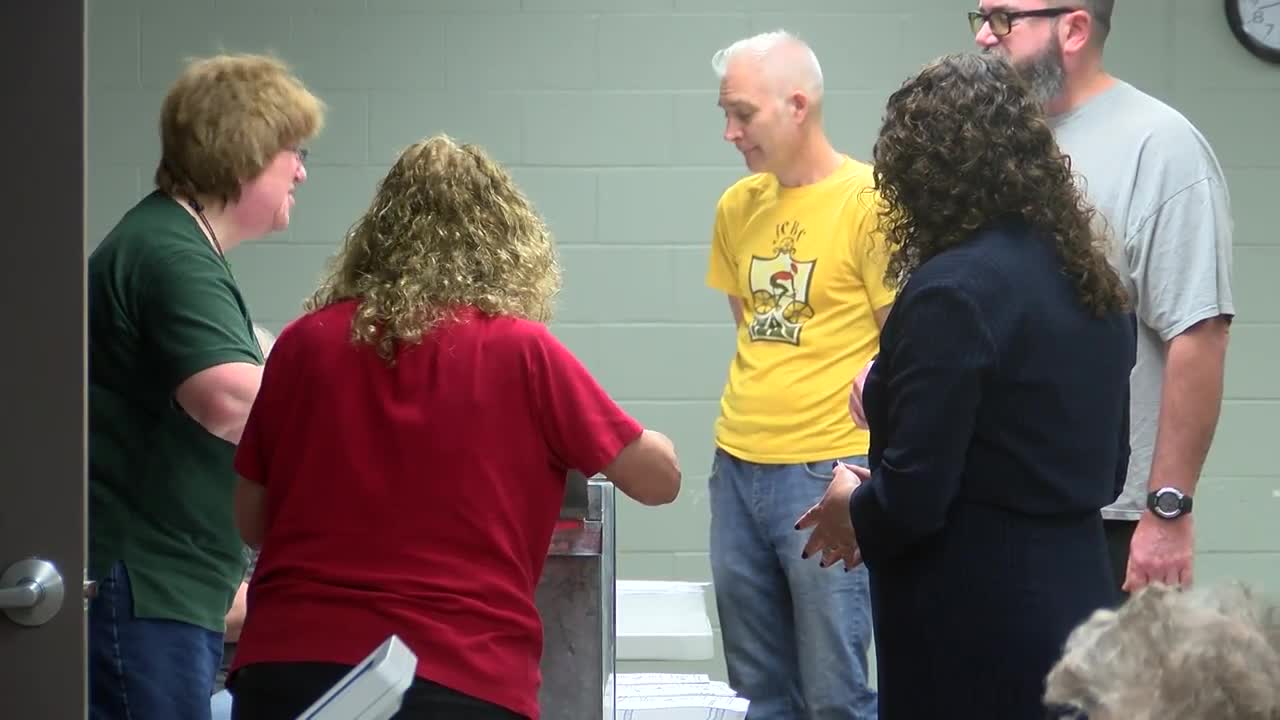 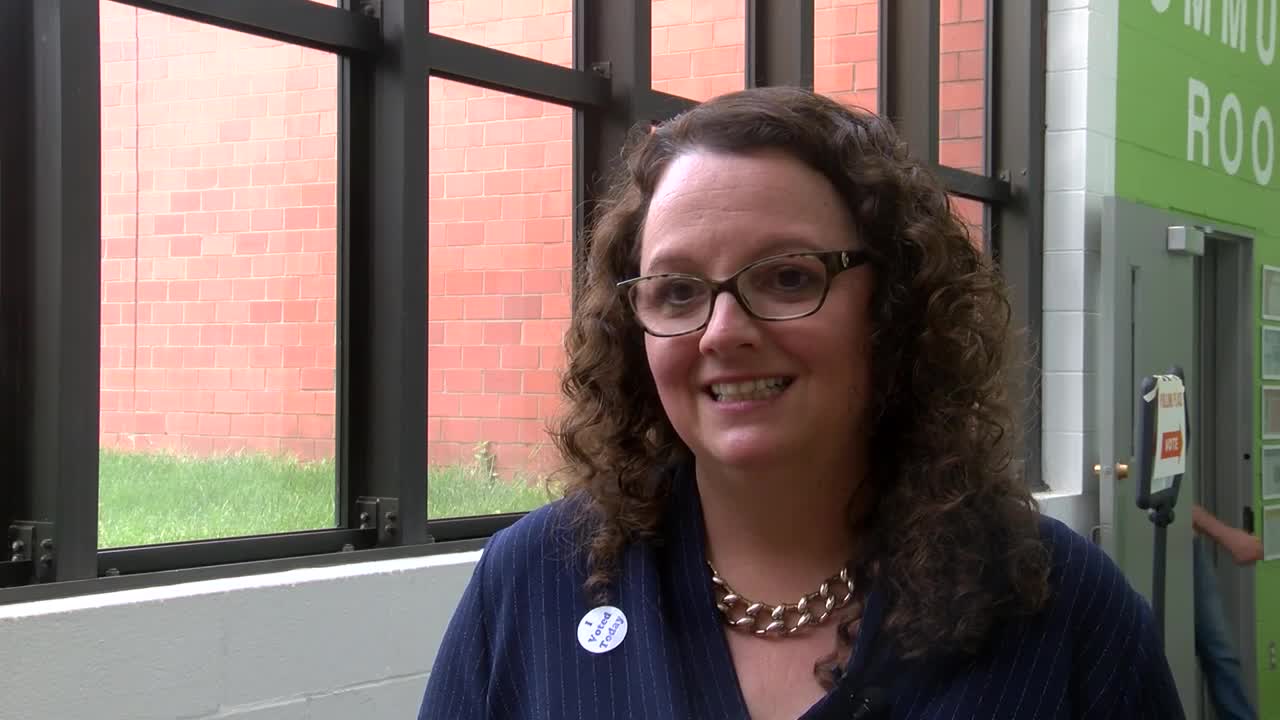 More cheers from the Kara Eastman campaign gathering as the latest results in the Democratic race for Nebraska's 2nd Congressional District.

The latest update kept the challenger more than 1,100 votes above Brad Ashford in the close race to take on Republican Rep. Don Bacon in November.

Shortly after the polls closed at 8 p.m., Eastman led Ashford with just over 50 percent of the vote in Nebraska's 2nd Congressional District race, but the race has remained tight since 9 p.m., when Ashford was reported up by just 14 votes. But from that point on, Eastman held onto the lead with margins ranging from 170 votes to more than a thousand.

In other notable races:

Across the state, voters headed to the polls today for Nebraska's Primary Election, some of them in new polling places, to decide local pick their party's candidate for the gubernatorial election in November amid races for local offices.

3 News Now caught up with Rep. Don Bacon as he cast his ballot Tuesday morning; as well as Democrats Brad Ashford and Kara Eastman, who are running against one another to decide which of them gets to take on the Congressman in November.

Sarpy County's Election Office was predicting 22 percent of their electorate — some of whom were voting in new locations Tuesday — would turn out for this election. Almost 5,000 of the 8,266 early ballot requests were still outstanding as of Monday; the county has 110,119 registered voters, according to the Sarpy County Election Commission.

Douglas County was expecting about 20 percent voter turnout; the county has 348,952 registered voters.