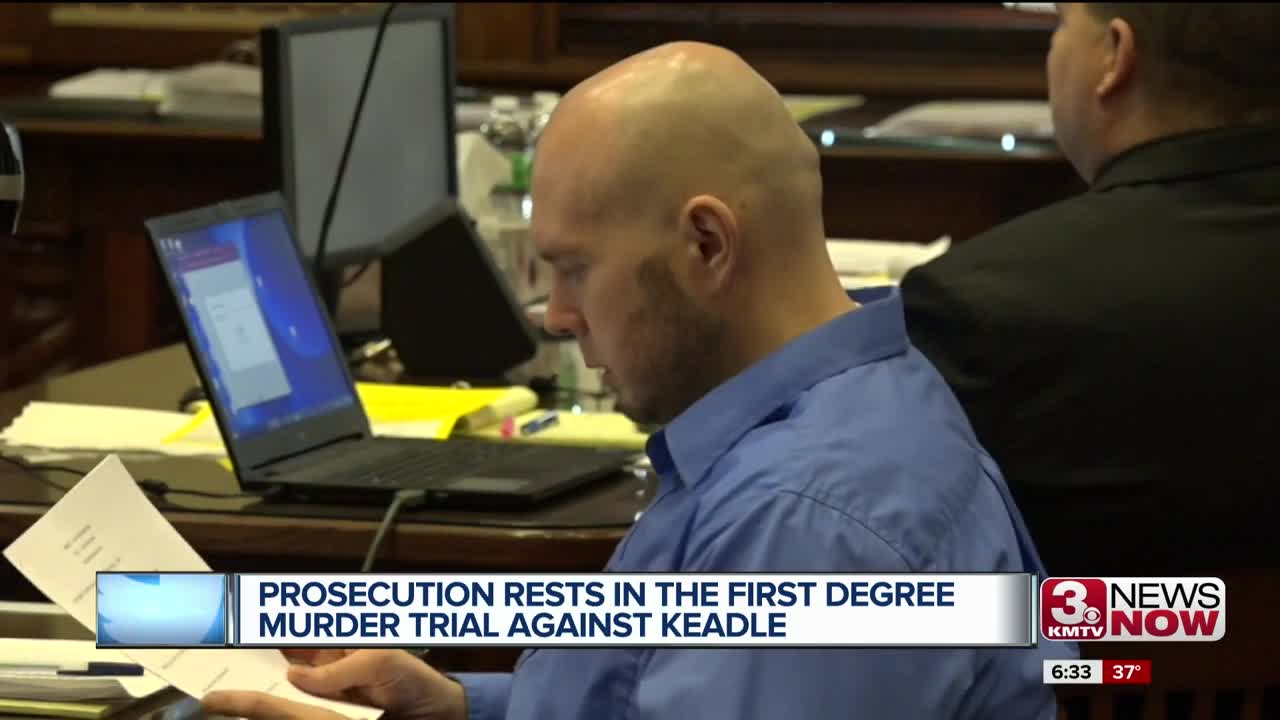 The prosecution rested its case in the first-degree murder trial against Joshua Keadle, accused of killing Tyler “Ty” Thomas after she had been out partying at Peru State College in 2010.

Keadle’s defense team has the opportunity to tell the jury why there’s doubt that he killed Thomas the night she went missing.

The defense argues that Thomas was having alcohol problems and could’ve harmed herself.

The defense also showed Facebook posts from Thomas talking about breaking up with a boyfriend and finding herself.

They read a deposition of former boyfriend Bryant Giles who said he believed she was pregnant with his child in August 2010.

Giles said in the deposition that Thomas was planning to move to Omaha and that Giles and Thomas were planning on being together to raise the child. To the best of his knowledge, that had been the plan up until the time Thomas disappeared.

The defense also pointed at a request by Nemaha County Sheriffs to locate Thomas’ phone.

It stated she was missing and her last known message was suicidal in nature.

Ryan McClarty was called back by the defense to testify that Keadle offered up information about Thomas.

McClarty said Keadle told him he had picked Thomas up in his car the night she went missing--but prosecutors pointed out that he waited days to let anyone know.

The defense will call at least one more witness Tuesday.

Closing arguments will be on Wednesday, which is when the prosecution will lay out their timeline of what happened to Thomas that night in 2010.

The defense also worked to impeach the witness who claimed Keadle told him he killed Thomas while the two were in jail in 2010.